Anti-Suit Injunction: Can an Indian court restrain a foreign forum from entertaining a suit? 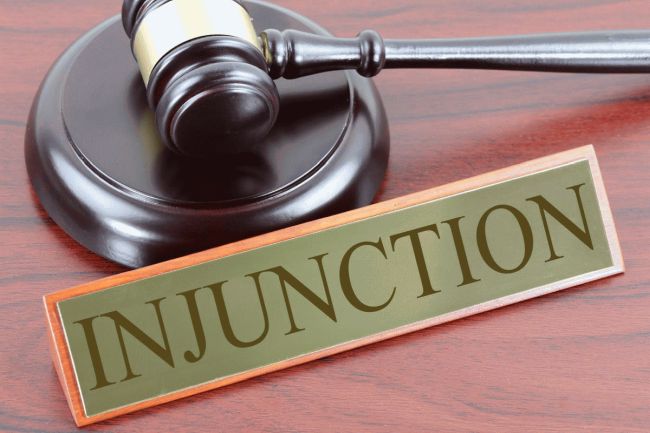 What is an injunction?

Black’s Law Dictionary, Sixth Edition (p. 1612) defines ‘injunction’ as “a court order prohibiting someone from doing some specified act or commanding someone to undo some wrong or injury.”

What is an ‘anti-suit injunction’?

In simple words, an ‘anti-suit injunction’ is to restrain a party to a suit/proceeding from instituting or prosecuting a case in another court, including a foreign court.

Can an Indian court restrain a foreign forum from entertaining a suit?

It is an established law that injunction is a discretionary remedy which is granted for the protection of the rights of parties in person as also against their properties. Such an order of injunction cannot be explicitly granted under the situations set out in Section 41 of the Specific Relief Act, 1963, the first of which is to prevent parties from suing in other forums except when it would result in multiplicity of proceedings as to be counterproductive to both the parties entailing needless costs, expenses and time. It is also well settled that the Courts would use their inherent powers in the interest of justice to grant injunctions. An anti-suit injunction application would fall only under the inherent power of the Court and is consequently covered by precedent law. (Sandip Shankarlal Kedia versus Pooja Kedia, WRIT PETITION NO. 2636 OF 2013, Bombay High Court).

In the case of Modi Entertainment Network & Anr. Vs. W.S.G. Cricket PTE. Ltd., AIR 2003 SC 1177, in which the Supreme Court has set out the principles governing anti-suit injunction in paragraph 28 of the judgment which are as follows:

“28. From the above discussion the following principles emerge:

(1) In exercising discretion to grant an anti-suit injunction, the court must be satisfied with the following aspects:-

(a) the defendant, against whom the injunction is 6 WP.2636/2013-judgment sought, is amenable to the personal jurisdiction of the court;

(b) if the injunction is declined the ends of justice will be defeated, and injustice will be perpetuated, and (c) the principle of comity – respect of the court in which the commencement or continuance of action/proceeding is sought to be restrained – must be borne in mind;

(4) a court of natural jurisdiction will not normally grant an anti-suit injunction against a defendant before it where parties have agreed to submit to the exclusive jurisdiction of a court including a foreign court,…

(5) Where parties have agreed, under a non-exclusive jurisdiction clause, to approach a neutral foreign forum and be governed by the law applicable to it for the resolution of their disputes arising under the contract, ordinarily no anti-suit injunction will be granted in regard to proceedings in such a forum convenience and favoured forum as it shall be presumed that the parties have thought over their convenience and all other relevant factors before submitting to the non-exclusive jurisdiction of the court of their choice which cannot be treated just as an alternative forum.

(6) A party to the contract containing jurisdiction clause cannot normally be prevented from approaching the court of choice of the parties as it would amount to aiding breach of the contract; yet when one of the parties to the jurisdiction clause approaches the court of choice in which exclusive or non-exclusive jurisdiction is created, the proceedings in that court cannot per se be treated as vexatious or oppressive nor can the court be said to be forum non-conveniens. (7) The burden of establishing that the forum of choice is a forum non-conveniens or the proceedings therein are oppressive or vexatious would be on the party so contending to aver and prove the same”.

The Supreme Court in Dinesh Singh Thakur versus Sonal Thakur, CIVIL APPEAL NO. 3878 2018, observed that “Foreign court cannot be presumed to be exercising its jurisdiction wrongly even after the appellant being able to prove that the parties in the present case are continued to be governed by the law governing Hindus in India in the matter of dispute between them.”

When parties have been a part of different jurisdictions, Indian Courts have refrained themselves from exercising the authority to restrain parties from proceeding in another forum as such an injunction would be not only against the party in person but against another Court which may otherwise be a competent Court to exercise jurisdiction upon the party himself/herself or the properties of the parties. The Courts have also controlled themselves from using such authority against “reciprocal territories” The principles of private international laws settling the law about the proper law governing those parties are always adhered to and respected. It may at once be mentioned that those jurisdictions are also the ones internationally following the common law principles and the doctrines of equality of all human beings.

Therefore, those countries and territories which do not follow the principles of equality, egalitarianism, and dignity of all human beings are not taken to be “reciprocal territories”. Therefore in such a case, the principles of precedential law for grant of an anti-suit injunction against the party from proceeding in another jurisdiction are set out in terms of these fundamental, salubrious jurisprudential principles.