Matrimonial disputes have risen exponentially in the past decade due to the obvious reasons. The status of females in a household has undoubtedly improved, however, a lot is to be done especially in the weaker economical strata of the society. Physical, mental, verbal and economical abuses are not alien to the Indian society. The root cause of matrimonial discord in most of the cases is premised upon the heavy expenditure borne during a wedding. Wedding industry in India is after all a multi-billion dollar strong. Another reasons for an exponential rise in divorce cases is the clash of individualism with orthodox and patriarchal mindset. Good and seasoned divorce advocates in Chandigarh understand how above mentioned factors play a vital role in ruining any marital relation. Therefore, good divorce/ matrimonial lawyers genuinely endeavor towards mutual settlement and amicable resolution before initiating any civil or criminal proceeding. Even when an amicable settlement is not drawn and agreed between the parties, a good and ethical divorce lawyer will only proceed as per the facts and the merits of the case and will work genuinely in the interest of justice. No ethical lawyer encourages stereotype, copy paste and false and fictitious litigation.

Divorce Advocates in Chandigarh commonly deal in various litigation matters arising out of matrimonial discord are :

It is a popular believe that FIR arising out a matrimonial discord is false and frivolous, however, in some cases, the reality could be otherwise. The irony of our legal system is that the deserving females generally have no access to justice under the D.V. Act, while there are many femenazis who exploit the provisions. The government has done a bit on papers but a long way to go to ensure the access of justice to the victims of domestic violence. Divorce lawyers in Chandigarh High Court have contributed their assistance in mediation and reconciliation and have helped compromise a good percentage of matrimonial litigation in the past. It is seen in the experience of top divorce lawyers in Chandigarh that evidence of cruelty in matrimonial cases is mostly absent and the victim card is played by many disgruntled wives without an iota of truth in their statements, but purely out of vengeance. The legal mechanism gets exploited because of the undue recognition given by law to a woman’s testimony. As such it requires the expert help and advice of not only the best divorce lawyer in Chandigarh but a genius divorce lawyer who can un-complicate the matter before the court and help the innocent get justice. 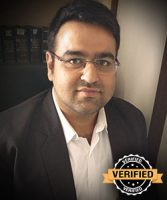